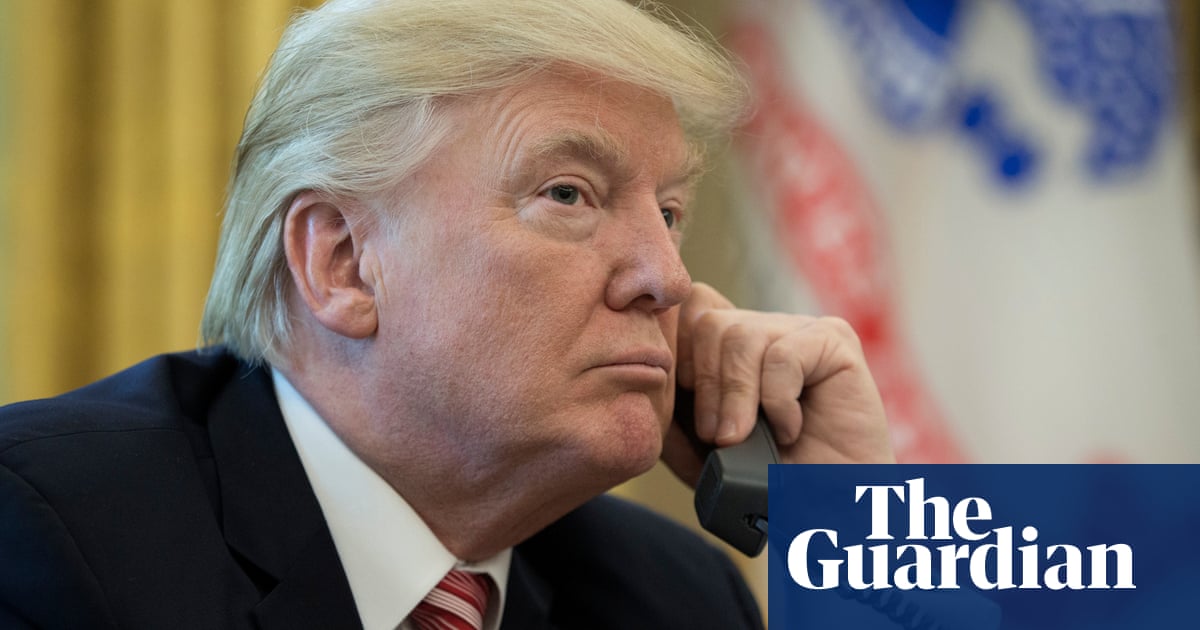 Lawyers acting for the whistleblower at the centre of the impeachment inquiry into Donald Trump’s attempts to solicit foreign help for his re-election campaign have warned that their client’s personal safety is in danger partly as a result of the president’s remarks.

Andrew Bakaj, the lead attorney for the unnamed intelligence official who sounded the alarm on Trump’s activities relating to Ukraine, expressed fears on Sunday that the whistleblower could be put “in harm’s way” were his or her identity made public. In a letter to the acting Director of National Intelligence, Joseph Maguire, Bakaj points directly at Trump’s aggressive statements that he said prompted “concerns for our client’s safety”.

The letter, first reported by 60 Minutes on CBS News, quotes Trump’s comments on Thursday to staff at the US mission to the UN in New York. In his remarks, made behind closed doors but reported by the New York Times, the US president made a thinly-veiled threat that showed disdain for the institutional protections afforded to whistleblowers under federal law.

“I want to know who’s the person who gave the whistle-blower the information because that’s close to a spy,” Trump said. “You know what we used to do in the old days when we were smart? Right? With spies and treason, right? We used to handle them a little differently than we do now.”

Bakaj said that the indirect nature of Trump’s comment in referring to the person who fed the whistleblower the information “does nothing to assuage our concerns for our client’s safety”. The lawyer added that individuals were also offering $50,000 rewards for information that would out the intelligence official.

In an accompanying letter to senior Democratic and Republican leaders in the House and Senate, Bakaj made an impassioned plea to the political leadership of both parties to “speak out in favor of whistleblower protection”. He asked them to make clear that “this is a protected system where retaliation is not permitted, whether direct or implied. We further expect that political leaders from both parties condemn any intimidation against our client and others.”

The whistleblower is reviled by the White House for having filed a complaint on 12 August that exposed the president’s efforts to engage the Ukraine government in digging up dirt on Joe Biden, the former vice president who is a frontrunner to challenge Trump in next year’s presidential election. Trump has responded by belittling the whistleblower, questioning his patriotism and trying to breach his anonymity.

On Sunday night, Trump returned to the subject on Twitter. “I deserve to meet my accuser, especially when this accuser, the so-called ‘Whistleblower’, represented a perfect conversation with a foreign leader in a totally inaccurate and fraudulent way,” he tweeted.

Trump was also criticised on Sunday night by a member of his own party for quoting on Twitter a comment from Pastor Robert Jeffress on Fox News, who said: “If the Democrats are successful in removing the President from office (which they will never be), it will cause a Civil War like fracture in this Nation from which our Country will never heal.”

Even before the latest presidential threats, lawyers working with whistleblowers had warned that Trump’s belligerent language would send a chill through the intelligence services and dissuade other officials troubled about misconduct from coming forward in future.

Adam Schiff, the Democratic chair of the House intelligence committee who is spearheading the impeachment inquiry, hopes to call the whistleblower to testify as part of the proceedings in a secure and private setting. On Sunday night another of the whistleblower’s legal team, Mark Zaid, said that discussions were ongoing over a possible Congressional meeting “but no date/time has yet been set”.